This event is well known for its variety of games and this event is organized once in 4 years. Since 1904, the players who come first in any event gets a gold medal. The person who comes second and third gets the silver and the bronze medal respectively. The world has witnessed 28 times of this great event and it is set to be staged again in the year 2016 at Rio.  The Maracana stadium of Rio has been awarded with the opportunity to host the opening and the closing ceremony on 5th and 21st of August respectively. Rio de Janerio will be the host city and there will be 59 nations this year who will be competing in at least 28 different sport events. Though Barra da Tujuca has been selected as the main venue but there are also 3 more venues which will host the competitions mainly. This will be an honor for the South American cities as this will be the very first time that they will be hosting the prestigious Summer Olympic Games.

The opening ceremony for the Olympics is a time for the Olympic hosts to shine. During this event they can proudly display their culture, their heroes and their finest athletes. Many host countries take the opening ceremony as an opportunity to provide opulence and extravagant entertainment. They often have music acts, light shows and performances by previous Olympic medalists. This is their chance to own the stage. From choreographed dance numbers to inspiring speeches, each country has its own way of showcasing their Olympic venue and making sure that they are dazzling the attendees. These events are often hours long, with Russia’s Sochi opening ceremony taking three hours. And while these events often have their traditions, those traditional rules are broken in unexpected ways. For instance, some hosts have changed up the timing of the parade of athletes to have it start off the ceremony instead of closing the ceremony. Because you never know what is going to happen or when it is going to take place, you want to make sure that you are there for the event when it begins. This is one event that you do not want to miss. It is one thing to see it on television and another thing entirely to be there as it is all taking place. This is the most spectacular part of any of the Olympics, and it is a part that all Olympic fans make sure that they are in attendance for.

Constructed for the 2007 Pan-American Games, the stadium’s capacity will be temporarily increased from 45,000 to 60,000 for the Olympic and Paralympic Games, when it will stage the athletics track and field competitions.

The open ceremony tickets are going t have different seats costs, and you can check them at the image below. 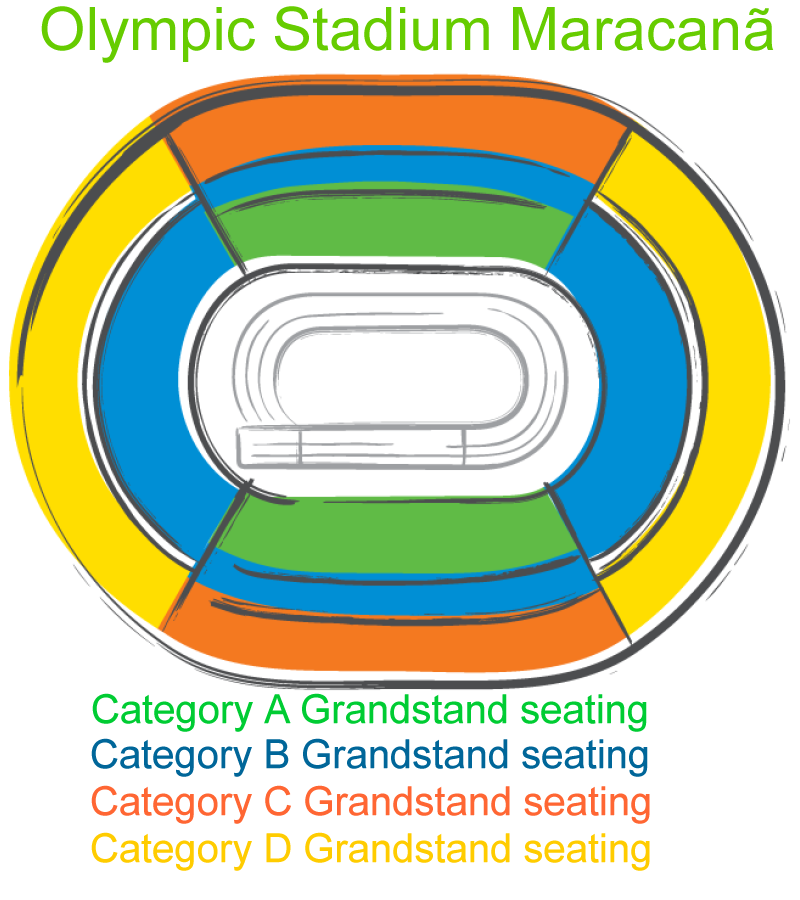 the most expensive is the A Sector, on the green seats as shown in the image.

If you don’t live in Brazil, you need to get in contact with the Authorised Ticket Reseller (ATR) for your country.

Check yours on this link.